For a while now, I’ve been splitting my weekends between Cleveland and Pittsburgh. With so many big events lately like birthdays, family gatherings, graduation, etc, I haven’t been for a while. This weekend I was able to head back to the ‘Burgh.

Friday night, I attended the Ray Lamontagne concert. The concert was outside and we scored some VIP tickets which gave us great patio seats with a few complimentary cocktails; can’t get much better than that. For anyone planning to see him Wednesday at Jacobs Pavilion at Nautica, expect a great show. My ONLY complaint is that he didn’t sing my very favorite song.

On Saturday we headed down to PNC Park for some tailgating before the Pirate’s game. If it’s one thing that Pittsburgh does well- it’s tailgating. It doesn’t hurt that it was a beautiful day, plus for some added fun, the Goo Goo Dolls played a short concert after the game. Though I’ll admit a few of their lyrics graced my AIM profile during my middle school days, I can’t say I was thoroughly impressed with their performance. Nevertheless, a stadium full of people shouting Iris lyrics is a pretty good throwback.

How beautiful is the view from PNC Park?

Sunday was a lazy morning until I had lunch with my college roomie, Ging (clearly a nickname). I swear, with some of the stories between us we could write a pretty hilarious book. Hm…maybe we should?

Not that this is a new trend, but summer always renews my love for the mint hues. The color is so bright and cheerful and it kindly accentuates my tan. The weekend was full of sun and heat and I spent most of the day in a flowy mint sun dress- coincidentally with a mint clutch.

I hope everyone had a great weekend! Lots of fun coming up this week! 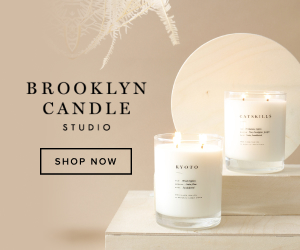 Subscribe to B&B Enter your email address to subscribe to this blog and receive notifications of new posts by email.